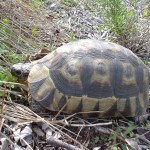 A Green Lifestyle in the Shadow of the Green Mountain. Vermont (Hermanus) is a unique urban suburb that was wisely developed with a significant Green Belt System. Approximately 22% of the suburb’s area consists of natural open spaces.

The management of the Green Belt System is aimed at restoring and conserving the remnants of the original natural vegetation and habitats that were once found here. The Green Belts meander through several areas of Vermont, from the mountain to- and along its coastline. The Vermont Green Belt System includes several Fynbos vegetation types, a scintillating natural coastline and the mesmerizing Vermont Salt Pan – especially at sunset.

The Green Belts support a variety of wildlife. So far, 105 bird species have been recorded in Vermont by the Hermanus Bird Club and up to 600+ Flamingos wade and feed in the Salt Pan and are present there for up to six months of the year. Cape Spurfowl (Francolin) rule the roost in the streets and in the gardens. Cape Grysbok, Grey Duiker, several species of mongoose, caracal, porcupines and tortoises are regularly seen. Insect-eating bats fill the evening skies, and, during wet periods a diversity of frogs add to the chorus of night sounds which include the hoot of Cape Eagle Owls on their nightly hunts. 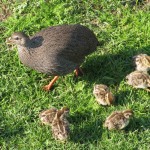 The Green Belts serve as relatively effective ecological corridors through which wildlife including insects can move relatively safely to obtain food, find shelter, mate, breed, frequent favoured habitats and pollinate the wide variety of locally-occurring plant species. In this way the Vermont Green Belts contribute to the conservation of our rich and globally important natural Overstrand heritage.

Most of the Green Belt System is public open space under the jurisdiction of the Overstrand Municipality which over the past 12 years has contributed significantly in restoring and transforming large tracts from densely infested invasive alien vegetation to fast recovering natural vegetation. The Vermont community also partners the Municipality in monitoring and conserving the area through the support of the Vermont Ratepayers and Environment Association and the work of the Vermont Conservation Trust (VCT). There are still constant threats that impact on the Green Belts, i.e. dumping, illegal encroachments and ‘gardening’ in the Green Belts by some residents. However, there is a growing groundswell of appreciation and support for the Green Belts by the Vermont community.

With grant-in-aid funding received from the Overstrand Municipality, the VCT is currently having an Integrated Management Plan compiled for the Green Belt System which will guide and give continuity to its conservation and management into the future. The VCT is also attempting to raise international funding to assist with the conservation of the Vermont Salt Pan System. (See YouTube video on the ‘Vermont Salt Pan’ sponsored by the VCT and Whale Coast FM 96.0 radio and produced by Jaydee Media, Hermanus). 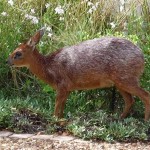 Visitors to Vermont are very welcome to enjoy our almost 2,2 km of coastal paths and the Salt Pan walk where we invite you to relax and enjoy the special natural surroundings and ambience of Vermont – where we strive to live in harmony with our natural environment.
For more information contact Duncan Heard